Al Franken Endorsed for US Senate by MN DFL 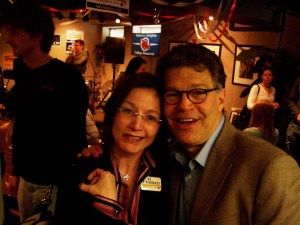 Long deemed the frontrunner, Al Franken received the Minnesota DFL’s endorsement via acclamation today when opponent Jack Nelson-Pallmeyer withdrew from the race at the convention in Rochester. The Progressive Professor, whose resume remains impressive, was likely a shade too far to the left to win over centrist democrats and independents in the upcoming battle against Senator Norm Coleman.

« The Most Democratic Branch: How the Courts Serve America by Jeffrey Rosen
The Scent of God by Beryl Singleton Bissell »